Sorry for the delay, but yesterday was so exhausting that it has taken a while to collect my thoughts.

For Day 3, our group was assigned participate in the first Proclaim Justice projects. This day was our time to scatter throughout the city and serve alongside the people of Detroit. Unfortunately, the day broke with ominous news from elsewhere in the Detroit metro area. A fatal car accident involving a pedestrian shut down a large section of I-96, a major freeway that runs from downtown through to the northwestern suburbs. As a result, many of the buses that were scheduled  to transport us to our work sites arrived extremely late, throwing the morning into confusion.

The traffic problems, combined with other unforseen circumstances, led to heavy delays in everyone’s projects and, eventually, the cancelation of projects for the last 50 bus loads of participants – including ours.

Again, our guys handled the long delay (over 4.5 hours) in the sun with amazing patience, and we determined to make the best of our day. We headed up to American Coney Island, one party to a decades-long rivalry between restaurants located directly beside each other and owned by a pair of brothers. The dispute: who has the best Coney Dog in Detroit. We sampled America’s contribution to the debate – hot dogs covered with chili, mustard, and diced onions – and thoroughly enjoyed our meal.

After lunch, we returned to Cobo Center, stopping to take pictures of the famous Fist of Joe Louis sculpture  and Spirit of Detroit statue. 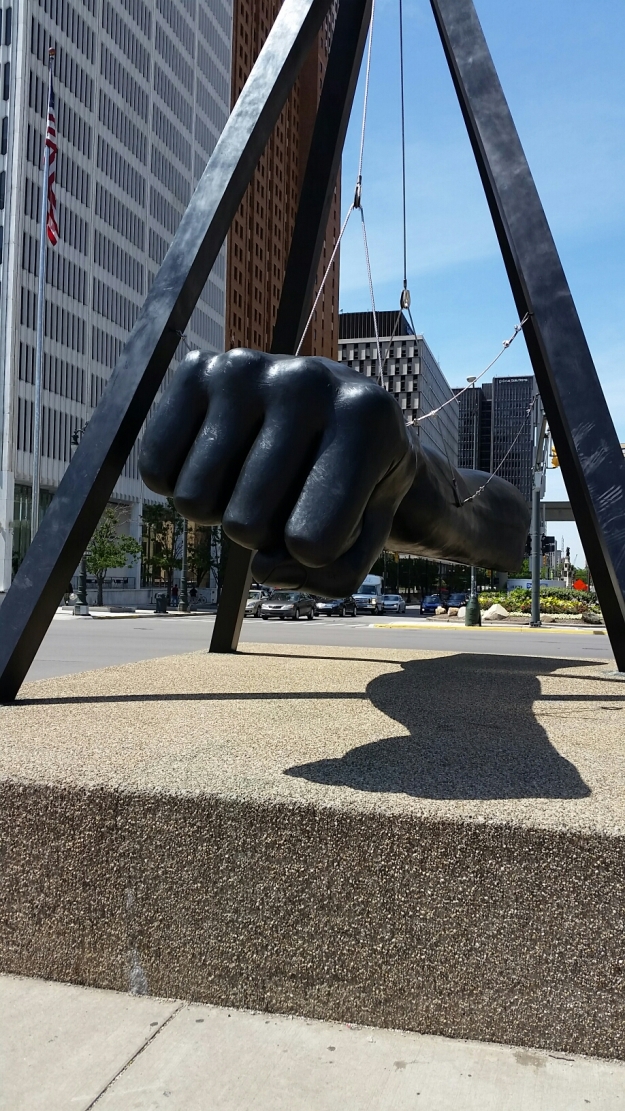 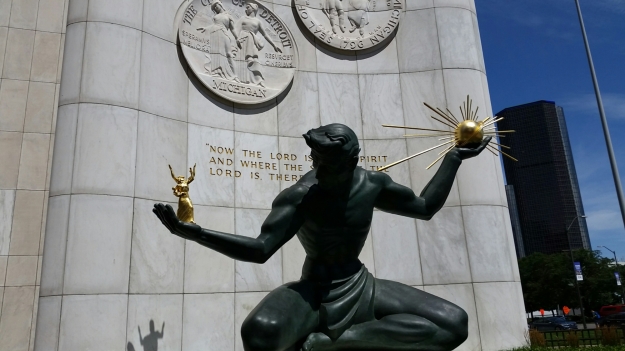 We jumped on the Detroit People Mover, an elevated train that runs in a loop around downtown Detroit, and had a nice chat with some folks from North Carolina. After we got back, we spent the rest of the afternoon hanging out around Cobo until it was time to head to Ford Field for Mass Gathering.

We got great seats on the floor of the arena, and the guys had a great time joining the conga lines and dancing. 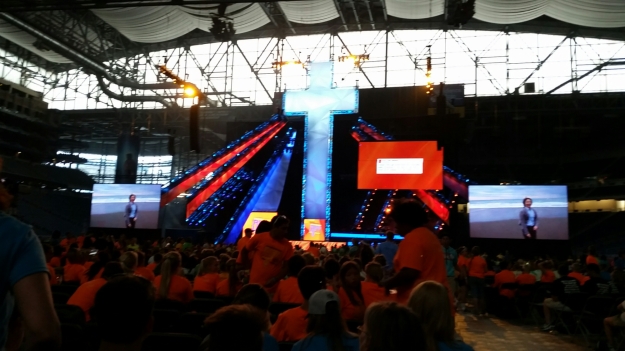 The speakers included Natasha T. Miller, a poet who offered a passionate and raw reflection on the city of Detroit; Kris Ailabouni, who spoke of her time with the ELCA’s Young Adults in Global Mission program in Madagascar, time she spent lwarning about others’ experiences of poverty and the way that those same people committed to bearing burdens for one another; the Rev. Dr. Eric Barreto, who reminded us that diversity is a God-given gift to be celebrated and enjoyed; and Alexia Salvatierra, a pastor, preacher, and advocate for justice who proclaimed her convictiom that bearing the burdens of others- particularly immigrants fleeing danger and violence – is our call, and that being disconnected from one another is evidence of disease in the body of Christ. Near the end of our gathering, a Puerto Rican singer named Blanca rocked the house, sharing her message that each of us are strong, beautiful, and enough in the eyes of God.

We headed back to our hotel for devotions and some time to hang out before we turned in for the night.

Look for the entry about Friday, when we spent time with our Nebraska Synod brothers and sisters to “Proclaim Story” on Saturday..

This site uses Akismet to reduce spam. Learn how your comment data is processed.